Most homeowners make an effort to prepare their plumbing system at home ahead of the winter months to avoid waking up one morning with no water due to frozen pipes. But sometimes, even ample preparation just is not enough, and you still end up waking up to solid, frozen pipes.

If you are uncertain if your pipes are frozen or not, know the most common warning signs you should keep an eye on. This way, you will know when you already need to call for the services of a professional plumber in Millcreek, Utah.

Among the most common signs of frozen pipes that many homeowners experience is turning on your faucet and then finding out that there is no water. Other times, you will only find a trickle of water, which is an indication that your pipes are not frozen completely or there is still some water left in your faucet.

Beware, however, because this sudden water buildup could cause your pipes to burst. Contact a professional immediately to check your pipes and deal with the issue. You may try thawing the pipes by applying heat to them before the pros arrive. You can also wrap them in warm towels.

Do you hear weird sounds when flushing your toilet or using your sink? In the majority of instances, this could be due to trapped air, resulting in the strange, bubbling sounds. But this could also be an indication that your pipes are just beginning to freeze or are damaged. Whistling sounds, likewise, could also mean frozen pipes. They occur when the space in your pipes is already too small for water to pass through. 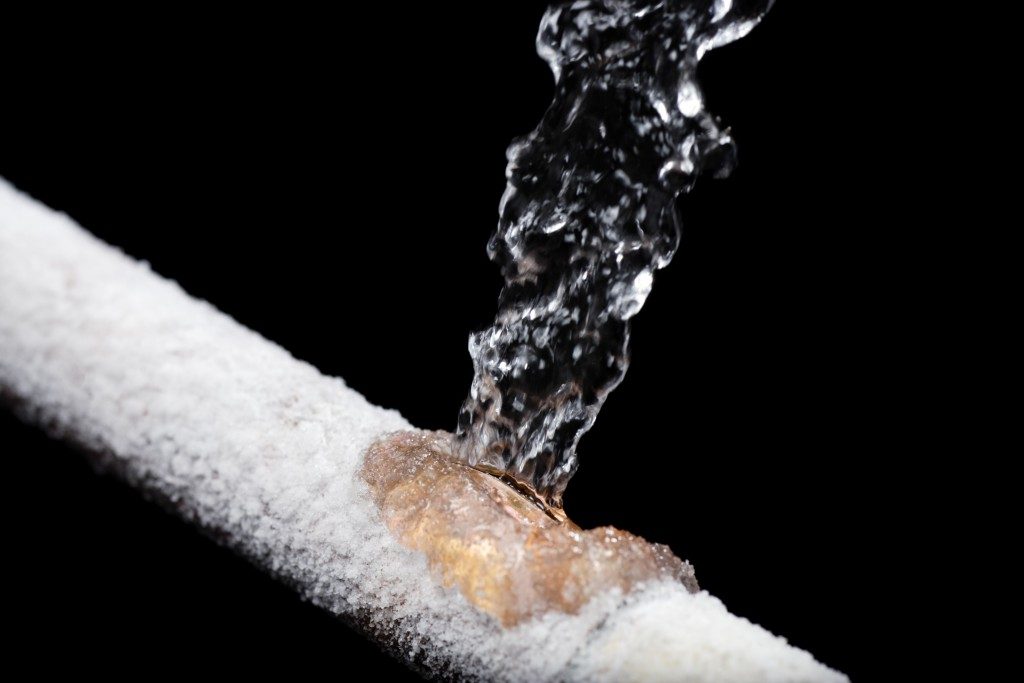 If your problem pipes are exposed, for instance, the ones under your kitchen sink, you are in luck because it would be easier for you to see if they are frozen or not. In most cases, the exterior of the pipes would be frosted or wet, indicating that they might be frozen.

That said, when you turn on the connected faucet, you risk bursting the pipe. Bulging pipes that look like they could burst any second are also sure signs that they are already frozen solid.

Frozen pipes could cause leaks and these leaks, in turn, could result in damp ceilings and walls. Look for water dripping from your ceiling or on your walls, as these could mean that your pipes have already burst.

To sum up, watch out for weird sounds, no water or lack of running water, as well as wet or frosted pipes to determine if you have problems with your home’s plumbing system. Once you are sure that your pipes have frozen, you should thaw them out as soon as you can.

Depending on the problem pipe’s location, you could try thawing it out or just leave the job to the pros. The key thing to remember is that you must act quickly to avoid extensive damage to not only your property but your bank account as well.