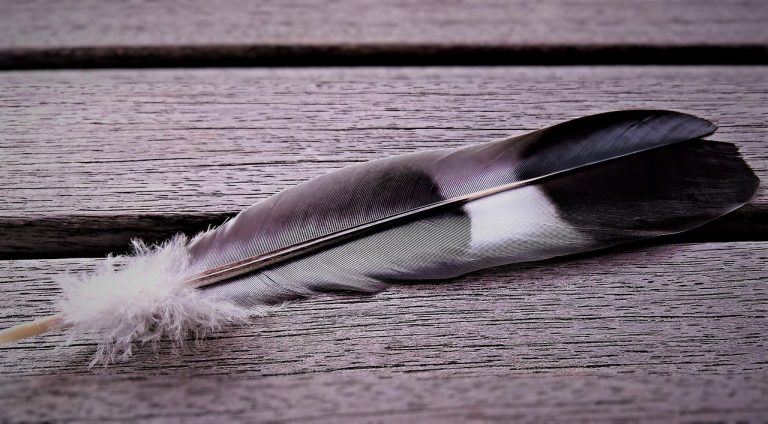 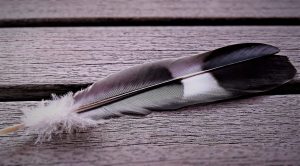 The Meaning of White, Black, and Grey Feathers: A Message from the Divine

Since time immemorial, various cultures from all around the world consider feathers as magical, mystical items that, when encountered, signal a special message to the receiver. It’s a belief that is seen in most tribal/ancient cultures, from the Egyptians and the Celtics, to the Native Americans and the Aborigines of Australia. All around the world, people revere feathers as a direct line to the divine.

And it makes sense: birds have always been considered holy or sacred creatures by ancient peoples because of their ability to fly close to the heavens. Our ancestors believed that birds carried prayers, souls, wishes and good luck from the earth to the sky. This is seemingly backed up by the fact that bird feathers have hollow shafts, which the ancients believed contained the souls of the dearly departed, or the prayers of the faithful. If a feather was chanced upon on the ground, they believed that it was the Divine sending a message or blessings to the finder.

​Because of their connection to the Divine, finding feathers was often a sign of good luck or a connection with the spirit world (hence ancient peoples use of feathers in their garments), and while each color of feather represented something different, each one was taken as a sign from God (or Gods), that a Divine presence is watching over you.

What Does a Feather Symbolize?

By the time Christianity spread throughout Europe, feathers became associated with the presence of angels, hence the expression “feathers appear when angels are near.” Because feathers are beautiful and ethereal in nature, it’s small wonder why the connection between the two was made.

Feathers are sacred gifts from the Divine, a show of force from the heavens that they are listening to your prayers, your wishes and your desires. It’s a symbol of acknowledgment, that someone or something in the spirit world is looking out for you, keeping you safe and empowering you to whatever path you set upon. If you see a feather, your angel is near and they are reminding you that, with them, you are safe.

And remember that angels aren’t just the celestial beings that serve the Divine: they can also be the souls of loved ones who have been raised into glory and given power to protect, to guide and even to grant your heart’s desires. Each angel is given a specific color to represent their different responsibilities, just as different birds and feathery creatures have different colors of the rainbow as their feathers to represent their unique place on earth.

What Does a White Feather Mean? 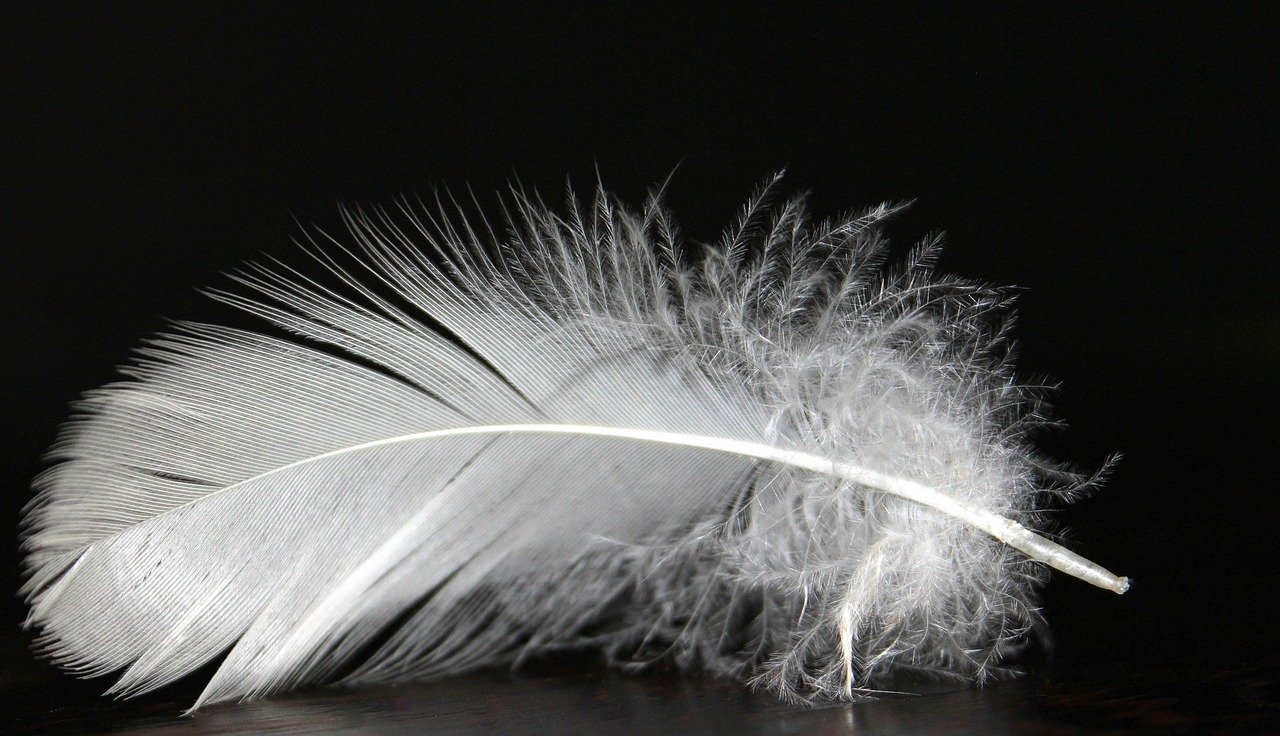 White feathers come from the purest angels, and thus are messages of peace, love, protection and light. Finding a white feather is a powerful message and blessing from the Divine, and is a sign that all will be right for you soon. It’s also a symbol of cleansing, that whatever negative energy you may have accrued over a period of time is now being washed away, driven off by divine light and love.

If you happen upon a white feather during a tough and trying time, be reassured that your angels are watching you, helping you maintain your strength, and that they are working hard to uplift your spirit, protecting you from evil and negativity.

Angels are around, a divine blessing — white feathers symbolize light and love. But for one particular organization in Britain, it had an embarrassing meaning based on a cockfighting folklore. It was once believed that a cockerel with a white feather in its tail was a coward. And the organization used that meaning to its fullest advantage.

The Order of the White Feather deputized 30 women to hand out a white feather to any man who wasn’t in uniform during 1914. Men who didn’t enlist in the armed forces faced the shame of a white feather, which symbolized their cowardice. Suffice to say these pristine-looking feathers weren’t received warmly, forcing some men to cry when they reached home.

What Does a Black Feather Mean?

The meaning of a black and white feather is similar even though they’re on the opposite ends of the color spectrum.

Although it may seem ominous, black feathers are nothing to be afraid of; in fact, if you see a black feather about, it’s a symbol that your angel is in defense mode. Your angel is busy keeping away evil, negativity, and all the forces that want to stop you. Your angel is keeping all of that at bay while you work hard to do good and elevate yourself.

You may feel alone or hopeless against your dire situation. The discovery of a black feather in the house or on the ground suggests you’re not alone. An angel watches over you, encouraging you to move forward — to hold on. In some cases, the feather could be a symbol that a lost loved one is still looking in on you, offering you protection to help you stay strong.

But the meaning of black feathers isn’t limited to angelic or spiritual protection.

It’s also a symbol of arcane knowledge. Black feathers have long been associated with wisdom, which is why it’s essential in the headdress of shamans and spiritual leaders of ancient peoples. Seeing a black feather can mean that your angel is gifting you with magical knowledge and wisdom beyond this world, and that you must remain open to new information and insights that will come your way.

What Does a Grey Feather Mean? 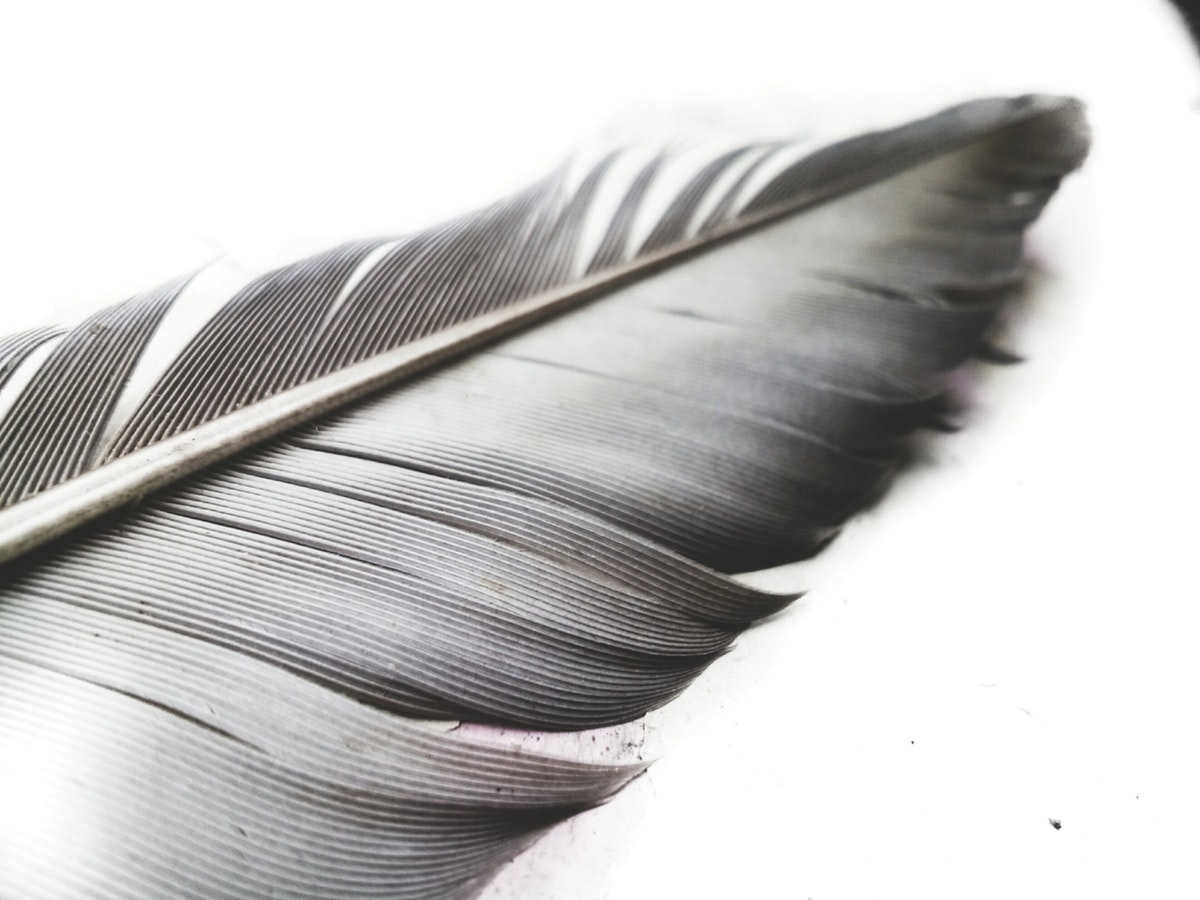 The color grey sits in between black and white, which means that it represents the balance between two opposing forces, a neutrality of emotion and energy. It’s a sign from your angel that you are at the cusp of wisdom and knowledge, that you are on the right path to spirituality and enlightenment.

Grey feathers are interesting because it’s one of the most direct, but also indirect, messages that an angel can give you. A grey feather means that your angel is telling you that the answer to your question or problem is not a simple ‘yes’ or ‘no: it might just be somewhere in the middle, just like the color of the feather itself.

What Does a Blue Feather Mean?

But one of the most important meanings of a blue feather is acceptance. Your angel is telling you to accept certain things about yourself, or situations that you’re in. Acceptance, however, is not acknowledgment of defeat; rather, it’s a reminder to be patient, and that whatever struggles you are facing requires you to accept and love yourself, flaws and all, so that you may overcome even mountains.

What Does a Yellow Feather Mean? 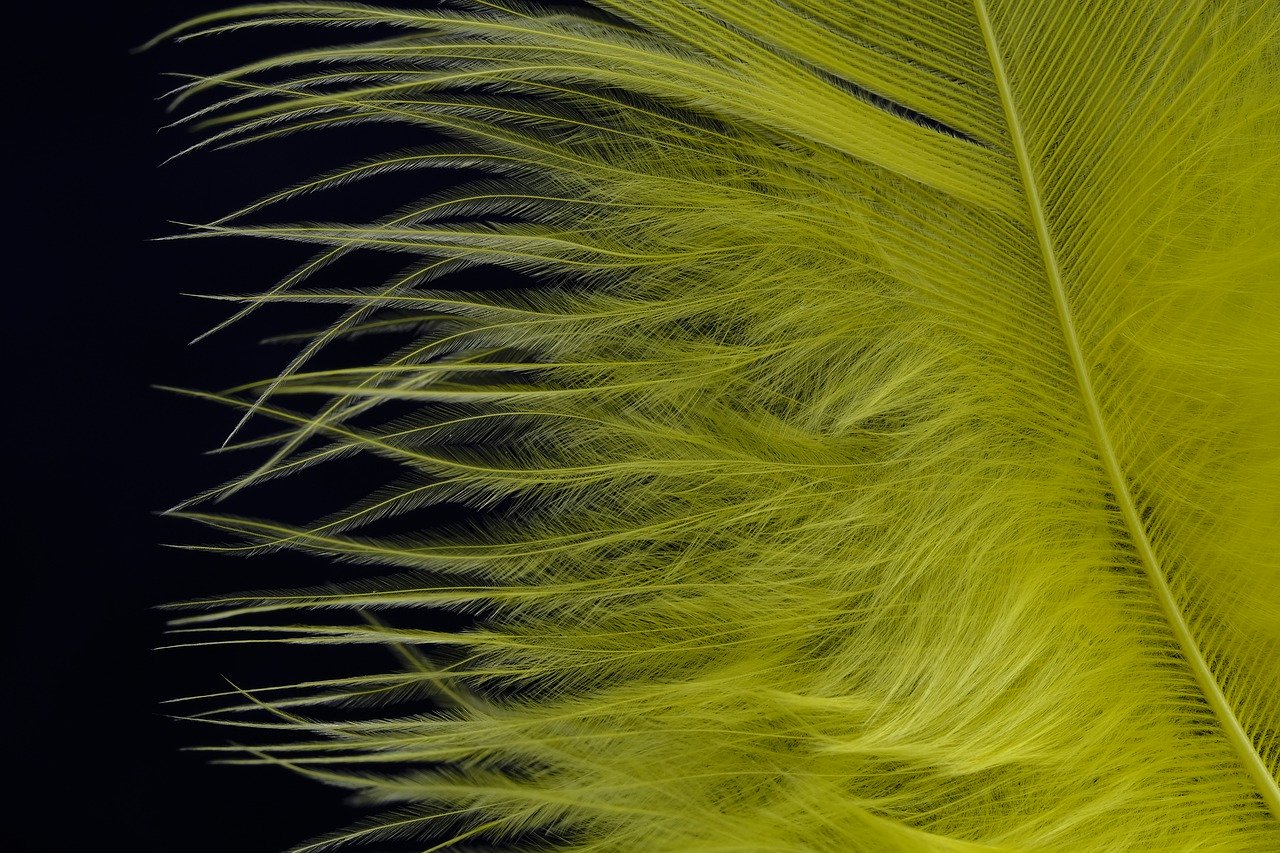 It’s no coincidence that yellow feathers are associated with happiness and joy: these feathers contain the power of the Sun itself, and seeing a yellow feather means that your angel is reminding you to slow down and enjoy the sunshine, to laugh, and be present in the moment.

True happiness is a powerful thing: it’s the one thing that can help you overcome all obstacles and defeat all the forces of darkness, and it’s because true happiness comes from within. A yellow feather is a reminder that the Divine presence is within all of us, and that your angel, as powerful as they are, are not the sources of your own power, but rather, are just invokers of power that’s already within you.

How Do I Interpret a Feather?

What a feather means to one person will vary to another. Even when each particular feather symbolizes something unique, its interpretation will depend on your culture and where you are in life, spiritually and emotionally.

​Because the language of the Divine is incomprehensible to mortals like ourselves, angelic beings manifest their message through signs and symbols, like the ones in the feathers they leave behind. Angels make it easy, sometimes: a person who has a close link to their psychic powers can basically feel the angelic message simply by touching the feather. For those who need a little more help, it’s best to ask yourself some questions when you encounter an angel feather:

Once you answer these questions, the meaning of the feather will be revealed to you personally. But above the specific and personal message it brings you, the most important takeaway from a feather sign is this: the ever-loving and ever-benevolent Divine is with you, and with it, you can accomplish all things, great or small. Trust in the sacred light, and you will never be alone!