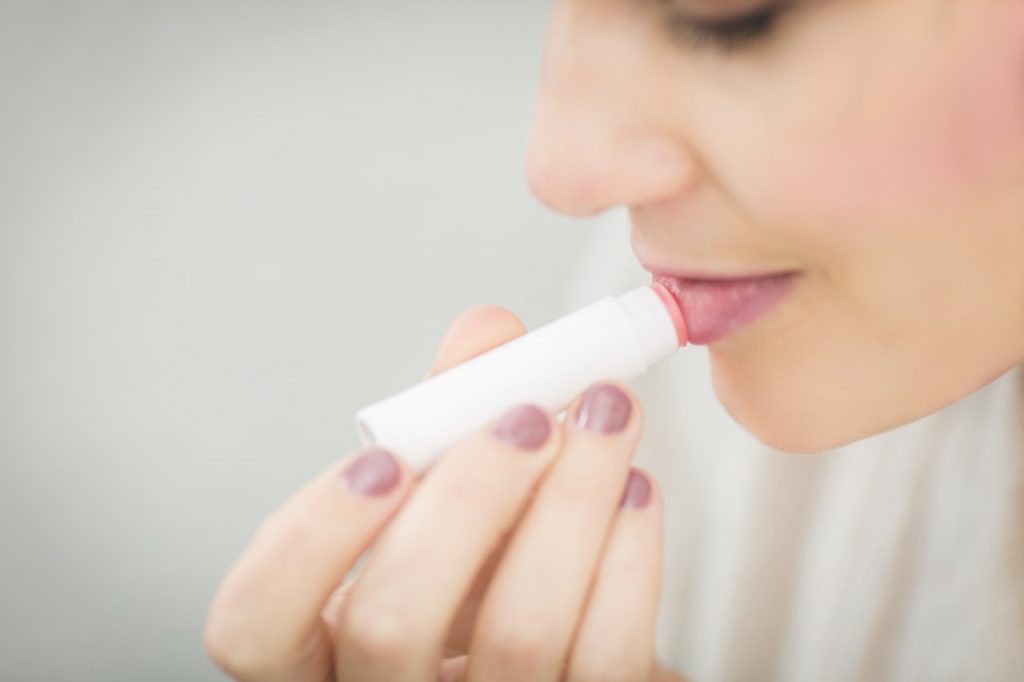 When it comes to lip hydration, the words “lip balm” and “ChapStick” are often used interchangeably. While these two can be used with the same meaning in certain contexts, in most cases, the word “ChapStick” is being used incorrectly, but only on a literal sense. In a legal and technical sense, however, here’s why it’s also correct.

What does that mean? Here’s the difference between lip balm vs. ChapStick.

Lip balms (also known as lip salves) are waxy substances applied to the outer lip to relieve chapped, cracked, or dry lips. In worse cases, it can medicate or soothe lip conditions like cold sores, cheilitis, or stomatitis. Generally, most lip balms are made with waxy substances. Some of the most popular ingredients include beeswax, carnauba wax, and petroleum jelly. However, some lip balms have added dyes, flavors, fragrances, and other additional features to stand out among all the lip balms available in the market. You can buy lip balms at your local drugstore, supermarket, cosmetics store, women’s makeup store, or online.

Lipstick vs. Lip Tint vs. Lip Balm vs. Lip Gloss

Lip tints are made with water and other emollients, giving it a much thinner consistency than lipstick. They also color your lips, but are more translucent and are meant to change the tint on your natural lip color, which means the final color of the pigment relies on the natural color of your lips. Because of their thin consistency, it feels like there is nothing on your lips when applied.

Lip gloss can be solid to translucent, giving your lips a glossy luster and a bit of color, though most lip glosses provide shine without the color. It can be used on top of lipstick or over bare lips. It’s used by people who want to add some color onto their lips without the solid effect lipstick does.

All these lip products can hide lip dryness, but lip balm is the only one that medically soothes lip dryness by keeping moisture intact. Lip balm can be used over bare lips before adding any other lip product to prevent the lip product’s formula from drying out the lips. While not all forms of makeup are inherently bad for your skin, some formulas can cause drying. Matte lipstick, for example, stays much longer than regular lipstick because it dries out your lips.

ChapStick, on the other hand, is a type of lip balm. It is the brand name of lip balms created by Pfizer Consumer Healthcare, and one of the most popular types of lip balm to exist, which is why most people think the word “chapstick” the general term for all forms of lip balm and is simply another term that can be used to talk about lip balms in general. To understand why, we have to first look at how lip balms came to be.

Prior to lip balms, people were looking for ways to treat chapped lips. By 1829, people already knew that wax was a possible solution to dry lips since women’s rights activist Lydia Maria Child claimed that placing earwax on your lips can be an effective treatment. This was the earliest recorded type of lip balm, though I think you can see why this wasn’t a very popular home remedy.

It’s unknown if someone else invented more hygienic lip balms between 1829 and 1880. Records imply that there was, but these were likely sold in metal cases and required people to apply lip balm using their fingers. Around the 1880’s, physician Charles Browne Fleet invented the first lip balm in the stick form we know today. He marketed it as ChapStick, and it resembled a “wickless candle wrapped in tin foil.” He tried to sell it locally around his home of Lynchburg, Virginia, but it was unsuccessful. He would go on to invent laxatives and later start his own company, C.B. Fleet, which sells laxatives and other rectal products to this day.

Back in 1912, however, Fleet sold the rights to ChapStick to John Morton, a Lynchburg resident, for $5 dollars. Adjusted for inflation, Morton bought the rights and formula for for around $135 today. Together with his wife, they improved the look of the ChapSticks, which proved to be a success. They became so successful that their sales allowed them to start the Morton Manufacturing Corporation. In 1935, they paid commercial artist Frank Wright Jr. $15 ($284 if adjusted for 2019 inflation) to create the ChapStick logo that’s still being used today.

In 1963, Morton Manufacturing Corporation sold ChapStick to The A.H. Robins Company. There, the company developed flavored ChapStick and other medically beneficial variants over the next three decades. The company itself was purchased by American Home Products in 1988. This company later became known as Wyeth, which would later be acquired by Pfizer. ChapStick would later be sold to Fareva Richmond, a manufacturing company that makes ChapStick for Pfizer.

“Lip balm” refers generally to waxy products used to treat dry lips. “Chapstick,” on the other hand, refers to the brand name of lip balm sold by Pfizer. While Fleet’s ChapStick is the first recorded marketed lip balm product, the fact that many other formulas and types of lip balms were sold at the time means that there were other types of lip balms as well. Aside from ChapStick, several other lip balm companies exist. To name a few, you have:

These brands have their own formulas and unique selling points. Because of their varying formulas, some physicians have recommended certain lip balm brands over than others rather than just telling their patients to use lip balm in general. Apparently, some lip balm brands have ingredients that can cause drying, making their chapped lips worse over time.

Why People Still Use “ChapStick” Generally

Calling Burt’s Bee’s lip balm “Burt’s Bees ChapStick” is like calling L’Oreal corrector concealers “L’Oreal CoverGirl.” It’s a brand name, so literally speaking, it wouldn’t make sense to use a brand name to refer to a product in general.

Legally and technically speaking, however, here’s why people continue to use “ChapStick” as a general term – and why they’re correct.

In the world of trademarks, there’s a term that’s known as “generic trademarks.” These are trademarked brand names that, due to their popularity, the public has began using to refer to the product or service in general, despite what the original manufacturer wanted when they trademarked the brand name.

For example, look at these words: cellophane, escalator, flip phone, mace, onesies, popsicle, realtor. They might seem like generic words to you, but these words actually were once or still are trademarked by companies as their own product or service. However, these were “genericized” because these got so popular as everyday items that people accepted them as the generic term of the item. Eventually, companies just either gave up the trademark or continue to hold the trademark and let the term be genericized (which means their competitors can also use the term) but hold certain intellectual property rights.

ChapStick was not the only lip balm that was available, but the fact that it was the first recorded instance of sold lip balm means that it was pretty popular when the Mortons successfully marketed it outside of their hometown. So, it’s no surprise that, to this day, people refer to lip balm simply as “chapstick” because it’s what was popular during its time.

For a similar example, it’s like when people ask photocopier technicians, “Hey, can you Xerox this for me?” Literally speaking, this shouldn’t make sense because Xerox is the name of the company that made the photocopier. There are plenty of non-Xerox brand photocopiers in the market, but somehow, Xerox’s copiers became popular and so many refer to the act of copying documents as “xerox.”

Another one is when you cut your skin and ask, “Does anyone have a band-aid?” Literally speaking, unless someone specifically has Johnson & Johnson’s Band-Aids, then no one should give you one, even if they do have adhesive bandages – the generic term for Band-Aid. But since the name became so popular, the public just accepted it as the generic name for adhesive bandages.

There are plenty of examples like this. In the ’70s and ’80s, Lego Company practically begged children and adults to call their toys “Lego blocks” and “Lego toys” and not generalize all their products to simply be known as “Legos.” But they became so popular that when other companies also produced toy building blocks, these were also called “Legos.” Companies couldn’t stop the public from calling their products “Legos,” but because of Lego’s popularity, they definitely did nothing to change it.

Literally speaking, ChapStick is a form of lip balm, and lip balm can refer to all products used to treat lip dryness. However, thanks to generic trademarks and the public genericizing the term “chapstick,” ChapStick became a term for any lip balm made in a tube form. While it’s technically not correct, generic trademarks allow you to use the term freely, so you’re technically not wrong by calling other brands’ tubed lip balm “chapstick.”