There comes a time in every adult’s life when they start experiencing chronic pains, mostly on the lower back, neck, and eyes. This can be brought about by the demands of full-time desk jobs in which they spend indefinite hours sitting in front of computers with minimal to no exercise.

The exhaustion that comes with these jobs greatly contributes to a rise in sedentary lifestyles among adults, making them more prone and vulnerable to chronic pains. It’s like a cycle of life that adults have a hard time leaving, especially if they aren’t aware that they are there in the first place.

Dealing with frequently occurring pains in your back and neck or other parts of the body can be uncomfortable, but many adults dismiss it because they know it’s not serious. They think that if they get enough rest or take pain relief medicine, the pain will go away; until it comes back again.

However, experiencing these pains often can indicate underlying health problems, and neglecting to identify them can have serious repercussions on your body. So how can you tell if your back pain is much more serious than you’re making it out to be? Be on the lookout for these four common signs:

Most often than not, common pains in the back and neck area can disappear after rest or within 72 hours from the time it began. These kinds of pain aren’t worrisome, unlike those that continue to become uncomfortable even after complete rest.

Progressive back pains can indicate more serious problems that would need to be diagnosed by a professional. If you think that an adjustment of the spine is what you need to relieve the pain, you can seek out chiropractic treatments from a trustworthy practice.

However, if the pains continue to progress despite the measure you’re taking, then it might be time to have it looked at by a doctor. This is because the pains you are feeling might be caused by something more serious than misalignment of your spine during your physical activities.

If you suddenly feel weak in the knees, and not because of romantic butterflies, then you shouldn’t take it lightly. This is because sudden limb weakness matched with back pains can indicate something serious, such as stroke or compressed nerves in the spine.

This nerve compression can be caused by conditions like sciatica or spinal stenosis, which means that your spinal cords and nerves are being pressured by a narrowing. Experiencing this weakness or numbness on your limbs frequently is a sign to see a doctor immediately. 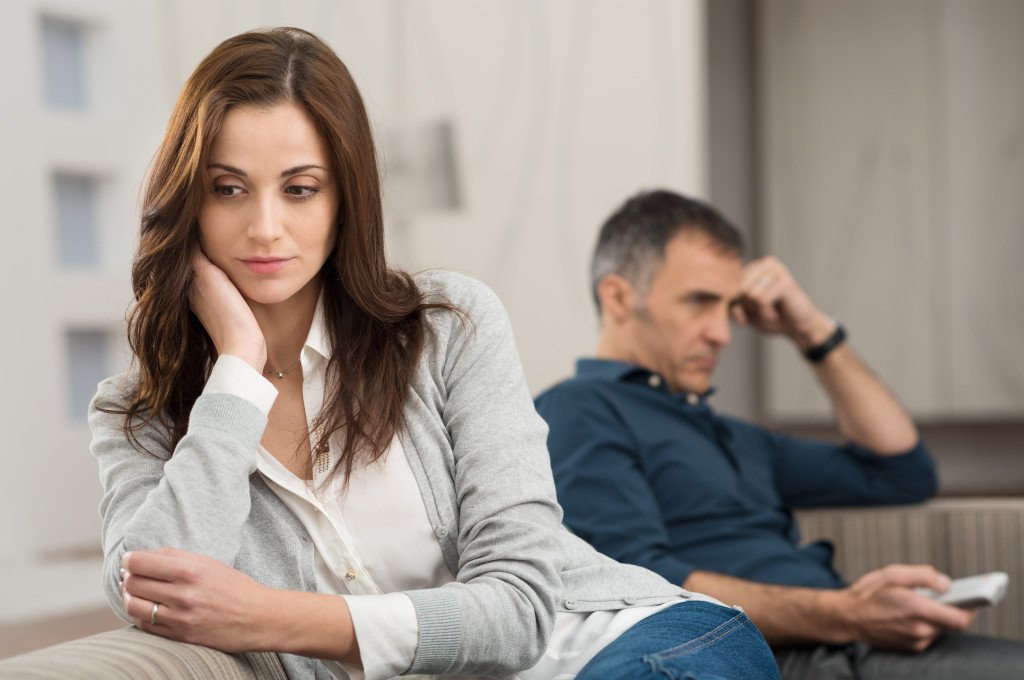 Experiencing back pain can make it hard to be in the mood for intimacy. When your chronic pain is disrupting the flow of your libido, you should be very concerned.

This is because back pain can be linked to erectile dysfunction, which can indicate pinched nerves, herniated discs, or tightened hip flexors. The inability to increase your libido despite the measures you are taking can be an obvious sign to seek professional help.

Taking action instead of letting nature take its course can help you prevent long-term sexual dysfunction and the overall nerve damage on your reproductive organs. Doing so can also return the sensation and blood flow to your groin area that may have been caused by the pains you are feeling.

If you’re already feeling the loss of control over your bladder and bowel movement, then surely you must have thought that there’s something wrong. People don’t just suffer from incontinence because of food poisoning, especially if that loss of control is paired with back pains.

Experiencing a loss over your bladder and bowel movement can be an indication of spine infection, like meningitis or the inflammation of membranes surrounding your brain and spinal cord. Incontinence can also be caused by serious nerve compression, leading to sharp pains that can be likened to pins and needles.

Prevention is always better than cure. By seeking professional help when you notice that there is something wrong with your body, you can already be extending your life because you spotted the problem before it got worse. So be wary about your actions and listen to your body; you never know when you’re going to need it.