What is Sea Moss and What are Its Health Benefits?

One moment you’re powering up with beetroot smoothies and putting microgreens in everything you eat. And the next, you’re looking up sea moss benefits and going on Amazon to find where you can get some, so you can stay on your healthy eating path.

Thanks to a rise in Youtube creators covering sea moss and Kim Kardashian “namedropping” it, this little-known algae has found its place in the superfood spotlight.

What is Sea Moss Good For?

Sea moss or Irish sea moss is a kind of red algae usually found on the coasts of Ireland, Iceland and the Faroe Islands. It’s part of the Chondrus crispus species, which have been harvested for close to 14,000 years. So although you’re only just finding out about this superfood, people have been using it since before the dawn of the internet (way, way, way before Kim K. was born).

Archeologists have found evidence of its medicinal use in China in 600 BC and in 400 BC, Irish moss was used as a food source in the British Isles.

During the Potato Famine in the 1800s, the Irish used the red algae to fortify warmed milk. The Irish believed sea moss could cure the common cold, congestion and the flu. As a food source, people used its extract, carrageenan, because of its gelling properties, becoming an ingredient in desserts.

With Irish immigrants settling in the US during the famine, sea moss found its way into American farming production. Today, Irish sea moss is used in ice cream processing, beer brewing and jelly making.

So what exactly has got influencers raving about Irish sea moss benefits? 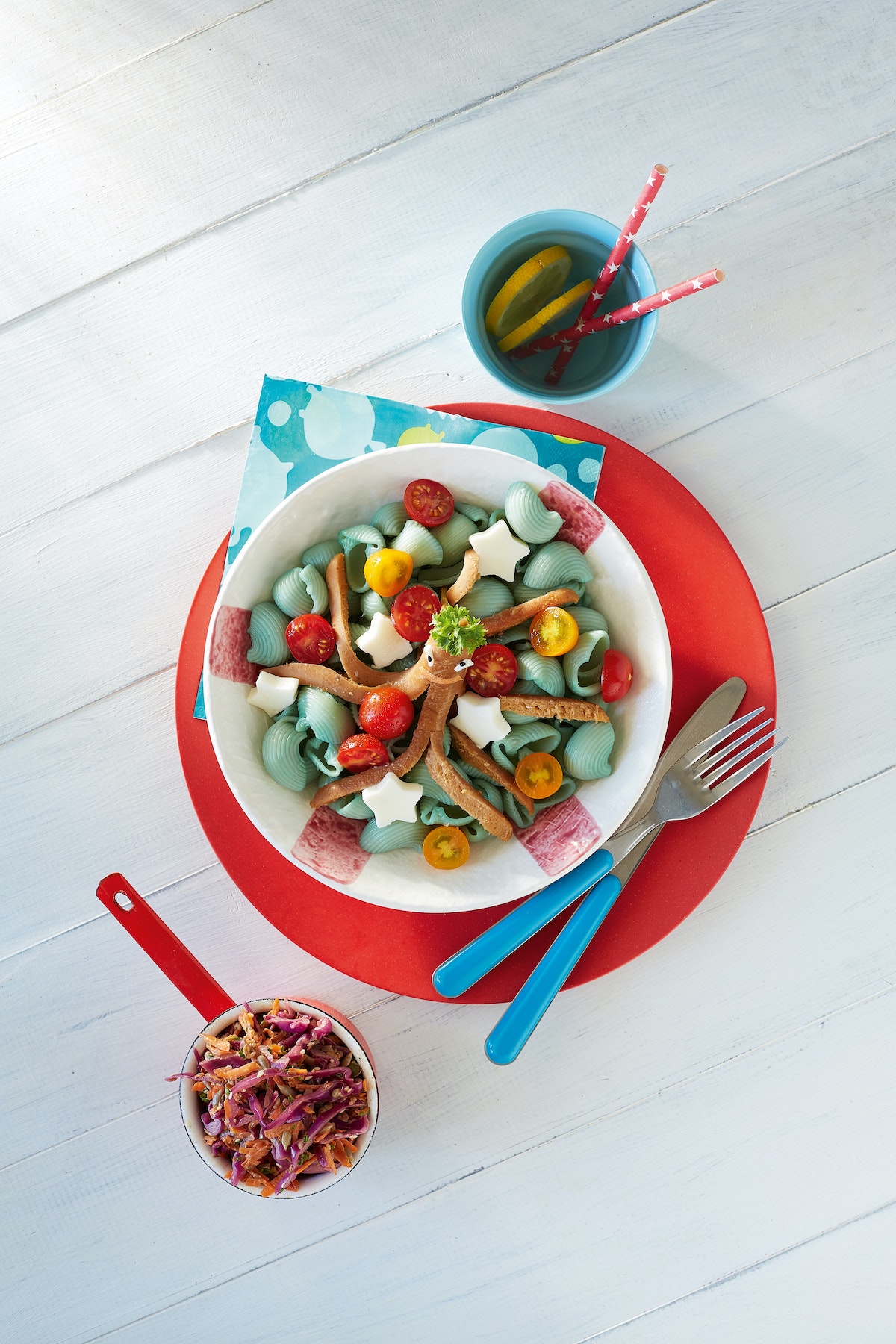 The human body needs essential minerals, from macrominerals to trace minerals, to function well. A balanced diet typically helps you get what you need. But life gets busy, and sometimes, it’s just easier to reach for anything fried and processed. So you make do with supplements to help you get enough calcium, potassium, magnesium, iron and zinc (among many other essential minerals).

With sea moss, you get 92 of the 102 minerals your body needs. This red algae is rich in:

With all of these minerals, Irish moss may work as:

As an age-old remedy for the common cold and other respiratory illnesses, sea moss is touted to be effective in fighting infections. Small wonder that this superfood is now gaining traction, what with COVID-19 ravaging the world. Its potassium iodide content helps relieve clogged airway because the mineral loosens and breaks up mucus. Potassium iodide is also used as medication for chronic lung problems.

Sea moss is beneficial for gut health because of its prebiotic effect. A prebiotic is a kind of fiber your body can’t digest, but it serves as food for probiotics; probiotics are living microorganisms. Both support the maintenance of a healthy colony of gut bacteria. And according to an animal study, sea moss influences the makeup of gut microbial communities, helping you digest food better.

The benefits of Irish sea moss aren’t just internal; you can also use this superfood for skin care. Sea moss contains citrulline-arginine, a compound known to prevent and improve skin aging. It can protect your skin from harsh conditions, like too dry cold climates or pollution.

Not only that, but this edible algae releases amino acids that are crucial for synthesizing protein and collagen, giving your skin a smoother surface. So you’ll find some beauty products, from face masks to body oils, containing Irish moss. Alternatively, you can buy raw sea moss and make sea moss gel, using it as a topical nightly skin treatment.

The magnesium and potassium in sea moss help improve your emotional health. Both essential minerals play a role in boosting your mood. Magnesium deficiency has been found in the brains and cerebral cords of people who are resistant to depression treatment.

There is even evidence that extracts from sea moss benefits the brain further by protecting it from neurodegenerative disease, like Parkinson’s. The red algae work for neuroprotection by reducing the buildup of α-syn, a gene associated with Parkinson’s and lowering dopaminergic neuron loss, which is characteristic of people with the disease.

Some people boost the nutrients of sea moss by combining it with another powerful sea herb: bladderwrack.

What are the Benefits of Bladderwrack? 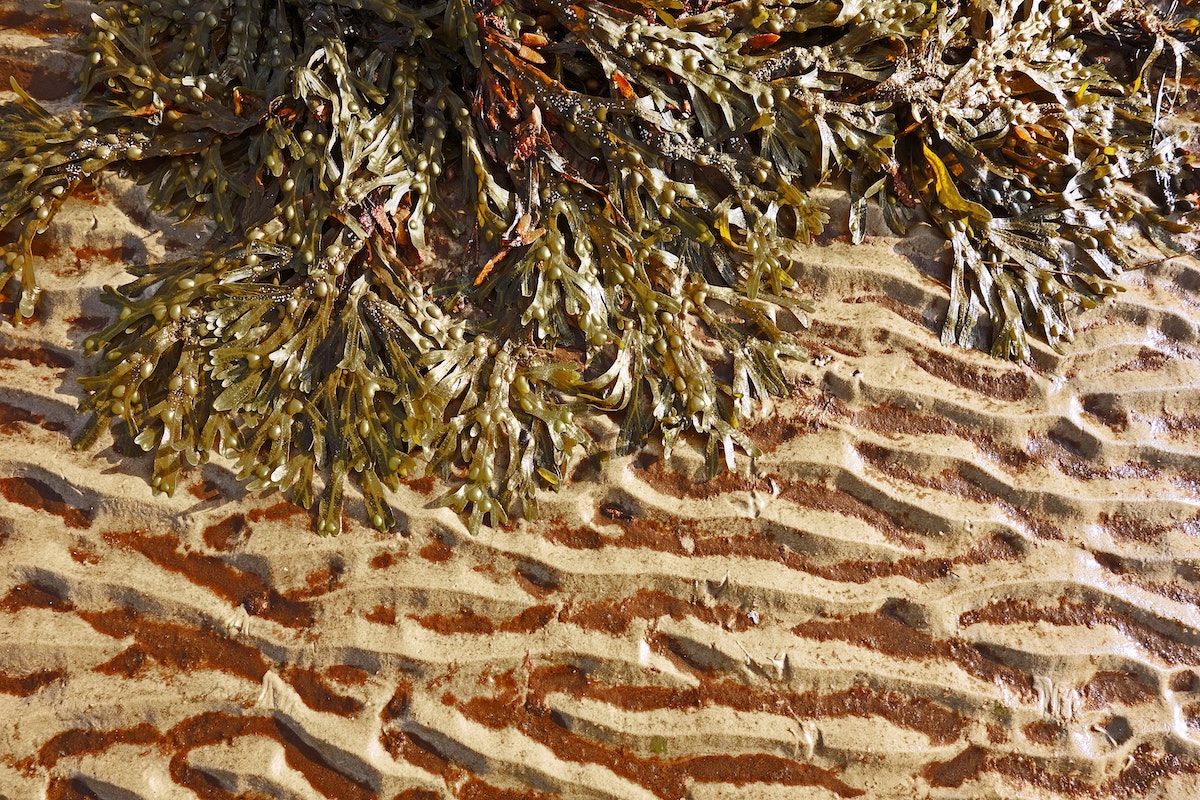 Much like Irish sea moss, bladderwrack is rich in iodine, potassium and various natural compounds. People have used it for thousands of years as an herbal remedy against inflammation, indigestion, wounds, menstrual cramps and skin problems. Found in the Baltic, the iodine-rich sea vegetable helps support the immune system, gut flora and thyroid gland function.

Combine this type of seaweed with sea moss, in a smoothie, and you’ll have one powerful drink in your hand.

How Long Does Seamoss Take to Work? 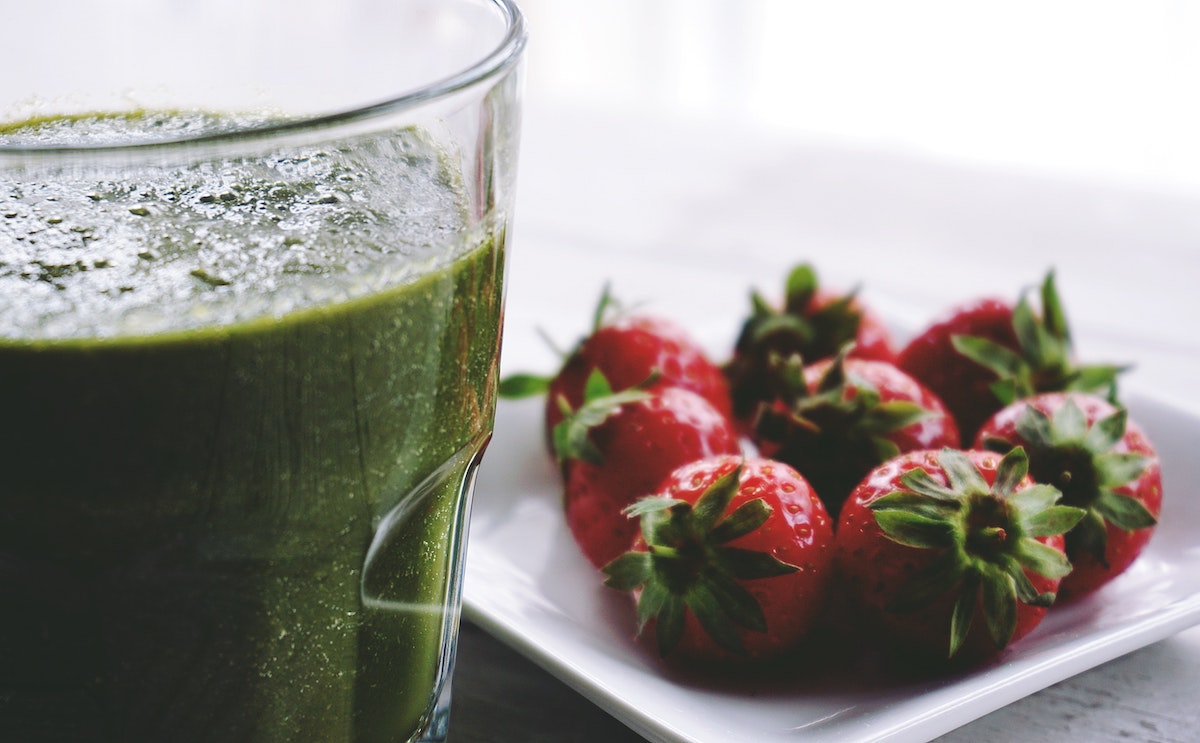 How long before you start to see results from consuming sea moss in your diet or applying it to your skin? Irish moss will work differently for different people; if you’ve lived a generally healthy life, you’re likely to see results better than people who have just started to eat better and work on a fitness journal.

Like every superfood trend, sea moss is not a silver bullet to getting healthy — fast.

It takes commitment to stay on a nutrient-rich diet, especially when you get busy. Who has time to make sea moss gel to prep ingredients for a green smoothie — and get the kids ready for school and make breakfast and get ready for work?

You also need to supplement that diet with an active lifestyle to maintain the good work you’ve done for your body. But sometimes, you just can’t find the time or energy to work out even for half an hour.

The thing about sticking to a healthy lifestyle is that you just have to do it. All you need is a practical plan that works for your routine. The gel for the Irish moss can be made ahead of time, and so can the smoothie. An active lifestyle can turn into a bonding time for the family when you go running or biking together.

When you eat right and exercise, you’ll have enough energy to do other things.

This does not mean, however, that including sea moss in your diet or skin care routine means you should consume it in large amounts. Some caution is recommended for this trendy superfood.

What are the Side Effects of Sea Moss? 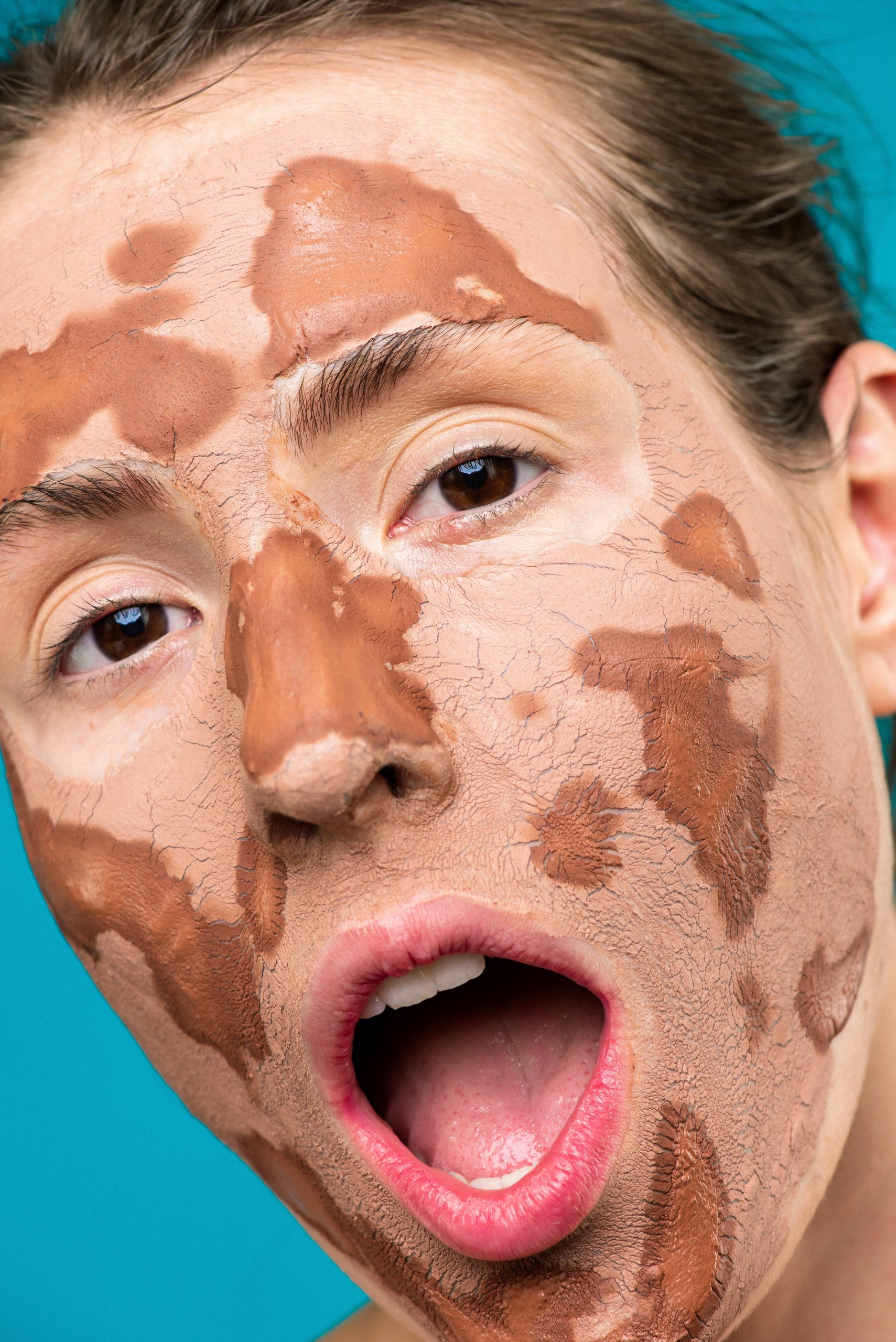 Irish moss is beneficial, but it could also lead to side effects. The iodine-rich seaweed could harm or cause thyroid dysfunction; too much iodine in your diet could also lead to thyroid cancer. Although iodine is generally necessary for your body to function well, people with autoimmune disease may compromise their health when they take too much sea moss.

If you happen to have Hashimoto’s disease, consuming iodine could trigger hypothyroidism, which is a condition that prevents the gland from producing the thyroid hormone. The hormone is responsible for your body’s metabolism.

Excessive consumption of iodine could also cause the following:

When applied topically, sea moss could also irritate your skin, causing redness or a burning sensation. 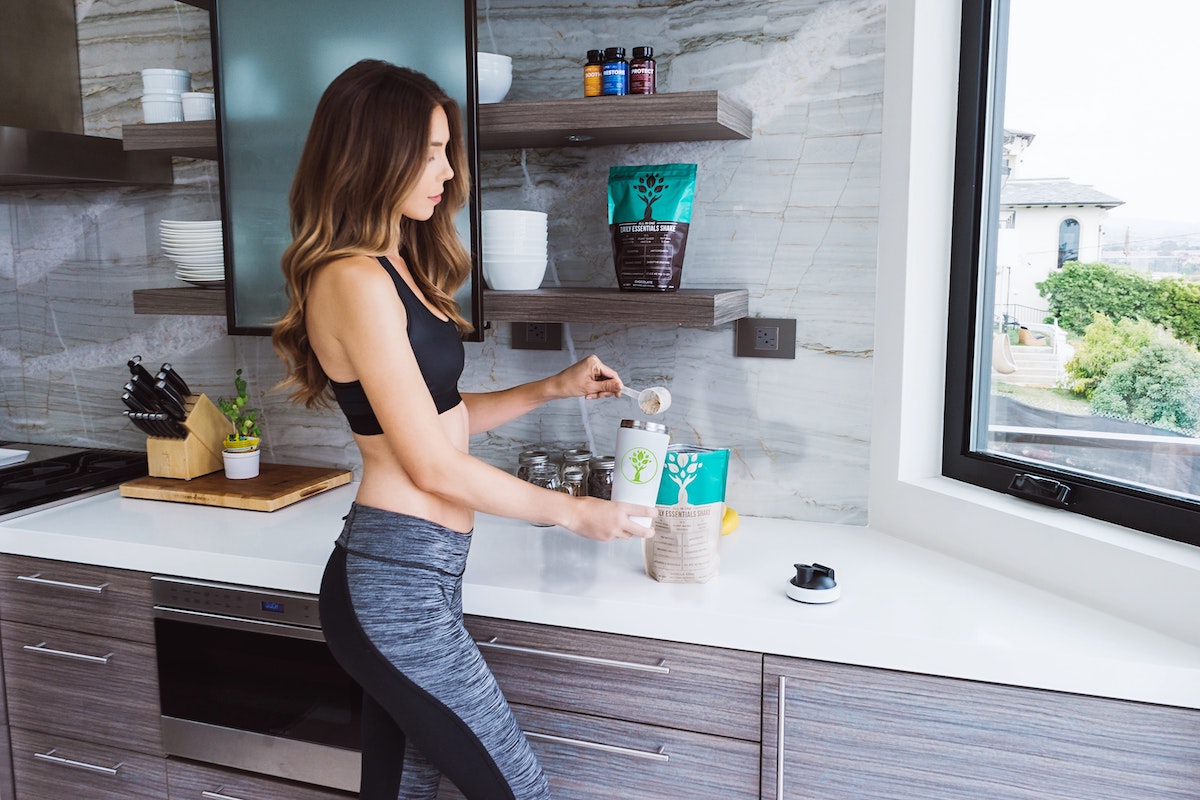 Research is still limited when it comes to the benefits and side effects of this trendy algae. Not much is known about the proper dosage, much less its interactions with other herbs. Although some studies have delivered positive outcomes for its effect on diseases, these haven’t been done on a scale big enough to make the medical community give its 100 percent blessing.

The bottom line is to be aware of your consumption and use. What works for influencers and Kim K. doesn’t always work for everyone.

And as with any new addition to your diet and skincare, check with your doctor first before buying sea moss in bulk. A medication you’re taking routinely could also interact with Irish moss and exacerbate your condition. So outweigh the sea moss benefits and side effects with your doctor’s recommendations.