Parasite’s Park Family Home and the Luxury of Modern Homes

Modern architecture has been associated with luxury in art. When modernism began taking the limelight in architecture, it was a reaction to the excessive ornamental tendencies of homes and buildings. These ornaments that showed grandeur were seen as “wasteful and excessive.” As a result, modern design shifted towards minimalist aesthetics.

While it rejected unnecessary decorations, modern architecture does not mean an absence of luxury. What used to be opulence in the context of giant chandeliers and gold molding has been redefined by modern design into “technical innovation and industrial precision and by material smoothness, shininess, and sleekness.”

This modernist aesthetic in architecture is how Director Bong Joon Ho illustrates affluence in his award-winning movie, Parasite (2019). The beautiful, pristine home of the Parks exhibits the trends of the modernist home:

The Park’s living room window that overlooks the perfectly trimmed garden is a staple in modern design. This drastically uneven wall-to-window proportions in houses stem from Mies van der Rohe’s Farnsworth House. According to ArchDaily, this Glass House, created by Philip Johnson in 1949, “is considered one of the first most brilliant works of modern architecture.” It featured 18-feet-wide glass windows, framed by black steel piers and stock H-beams that serve as the walls of a 32’x56′ house.

The large living space, without a definite division between living areas, took over in the 1950s to accommodate growing populations and smaller homes. The open floor plan has been a demand for those searching for new homes. In one big room, you can have a kitchen, dining area, and the living room with minimal divisions. This kind of set-up allows more room for flexibility, multi-functionality, and shared light.

The flat roof traces its history back in the mid-1800s, where roof installers made roofs out of felt and tar. These tar roofs had minimal slopes for draining purposes. This flat roof became popular due to being low-cost and saving several feet on the building’s height. It became popular in apartment buildings in New York City, where people used roofs for other purposes such as a drying area for laundry and hangout spot. Today, flat roofs are common in modern houses because of their stylistic and sophisticated appeal, despite being impractical for places that experience a lot of rainfall and snow. 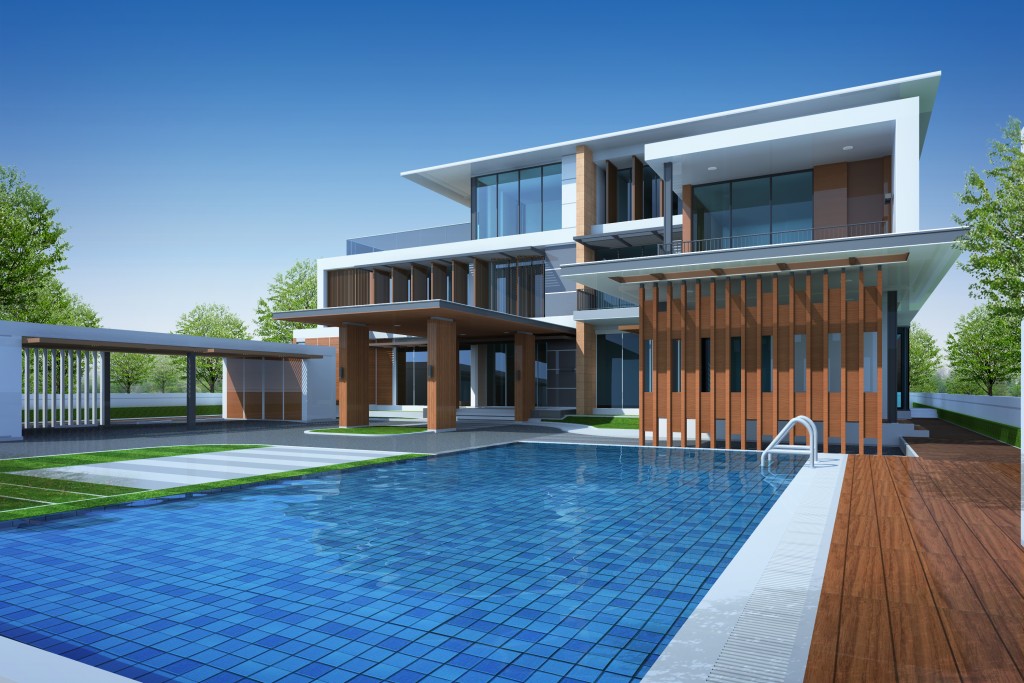 The Park’s house, like other modern houses, makes good use of straight lines and plain walls. The contemporary design prefers cement walls or single-colored walls, accents of wood, and a color palette of black, white, and gray. The decorations are limited to picture frames, artwork, cabinets, shelves, glass, and mirrors. In contrast to the Kims’ home, where every nook and cranny serves a purpose, thereby creating clutter, the minimalism in the Parks’ house directly creates a luxurious appeal from the abundance of space and the absence of clutter.

The luxury of modern architecture and design is a reaction to the opulence presented in the era that came before it. Perhaps, its implications of wealth also stem from the demand for space, as space has become a modern-day luxury.