How to Change Your Skin Color, With Science!

Ok so, it might not be exactly like Mystique from X-Men, but scientists are pioneering a safe and effective way to change your skin color by controlling your pigmentation on a cellular level. Pretty neat!

In a study conducted by researchers from the University of Pennsylvania, a team of dermatologists found conclusive evidence that skin color can be adjusted, regulated, and in some cases even changed, by mixing up the levels of female sex hormones (i.e. progesterone and estrogen) of people. In general, both sexes have testosterone and estrogen in their bodies, except that males have more testosterone than estrogen, and women are the opposite. However, a third sex hormone, progesterone, is also present in both sexes, the levels of which impacting female and male bodies in very different ways.

They found that upping a person’s estrogen levels can darken a person’s skin, while progesterone can lighten it. This has been common knowledge amongst dermatologists for decades, but it’s only recently that they’ve begun to study it even closer, finding evidence that two specific cellular receptors, called melanocytes, present in the skin are the ones responsible for changing a person’s skin color.

By creating a synthetic molecule that is similar to both estrogen and progesterone, scientists were able to affect the melanocytes in such a way that it can be induced to tan or lighten skin without affecting other biological systems (too much progesterone in men can lead them to develop breasts and kill their sex drive).

This means that it’s not a discussion of whether or not you can lighten or darken skin with concealer vs. foundation: scientists are in the process of perfecting a cream that manipulates skin color on a molecular level. Not only is this good news for people who want to change their aesthetics, it’s also a boon to people with medical conditions that have left them with uneven skin tones or patches of discolored skin. With this new development, people with these medical conditions can now lighten or darken their skin without risky procedures that involve toxic, chemical bleaching or UV radiation therapy. 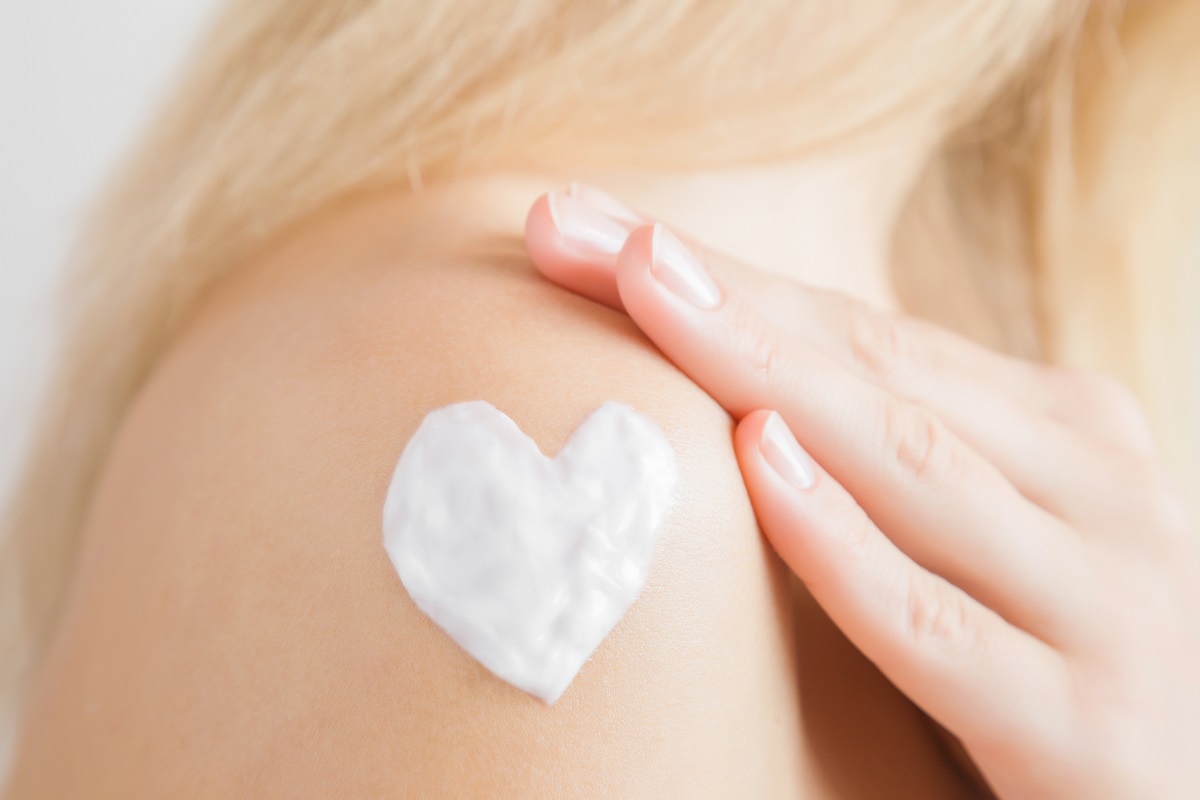 While this might sound like science-fiction stuff, changing skin color is not exactly a 21st century concept. In fact, the phenomenon has been known to physicians and philosophers for millenia, with one of the first known recorded instances of this being found in the notes of Hippocrates (of  ‘Hippocratic Oath’ fame and considered the Father of Modern Medicine) from 2,400 years ago. Hippocrates noticed that pregnant women’s skin colors tend to change during pregnancy, and that blotchy spots can appear anywhere in a woman’s body during pregnancy (he also claimed that these spots can be used to infer the gender of a child, but hey he can’t be accurate all the time).

This was one of the premises that modern scientists worked on to make a distinct connection between sex hormones and changes in pigmentation, and it can be seen in the production of skin-darkening estrogen creams. But while the connection between hormones and skin color was known, the exact process was a mystery for most dermatologists up until recently.

To find out how, scientists looked at other ways of darkening skin. The first on the list was suntans. Suntans work differently from estrogen creams because it uses UV radiation to trigger the production of a hormone called MSH, or melanocyte-stimulating hormone. The MSH darkens skin by binding to a specific receptor called MC1R in melanocyte skin cells. In doing so, the MSH encourages the melanocyte skin cells to produce more melanin, which in turn, makes the skin darken.

So while scientists are aware of this particular method of darkening skin, they didn’t know exactly how estrogen and progesterone worked to do the same thing, considering that neither of those sex hormones utilized MSH nor MC1R. However, exposing melanocytes to an increase of estrogen makes them produce melanin anyway, despite not acting through their receptors.

Researchers experimented with human skin cells inside petri dishes as well as a 3D-printed patch of skin (which used the latest in bioengineering technology) and discovered a heretofore unknown set of melanocyte receptors that interact specifically with sex hormones. This receptor, called GPER, or G-Protein Estrogen Receptor, is triggered specifically by estrogen. When activated, it triggers the production of melanin. Meanwhile, a receptor called PAQR7 interacts specifically with progesterone and does the opposite of GPER: in the presence of progesterone, PAQR7 starts to decrease melanin production, which in turn lightens the skin.

Once they’ve established these two receptors, the scientists then went to work finding two molecules that acted similarly to estrogen and progesterone, specifically the parts of the hormone that trigger melanin and nothing else, so that no other cell receptors in the skin will activate. This means that these molecules can induce or reduce the melanin production in the skin, all without triggering other aspects of the sex hormones (i.e. breast augmentation, reduction of sex drive, etc.).

Once their research is complete, scientists are confident that changing your skin color can be possible with the simple application of a topical cream that contains those two molecules. This can go a long way to helping people with medical conditions that affect their pigmentations. Estrogen-like creams can be used to darken skin made light by certain conditions like Vitiligo (an auto-immune disease that causes skin to lose melanin, a condition that the King of Pop was famous for). Meanwhile, progesterone-like creams can be used to lighten skin that’s been marred by conditions like acne or sunspots.

Of course, these creams can also be used for cosmetic purposes, and will have no adverse reactions to other types of cosmetic products (so you don’t have to worry about whether or not makeup is bad for your skin). In using these future creams, people can now change their skin color without risking UV radiation in tanning booths or toxic, chemical bleaching.

But before you go out to your nearest cosmetics store, hold up: scientists aren’t done experimenting just yet. They still need to study the GPER and PAQR7 receptors a little more closely, not to mention perfect the estrogen and progesterone substitutes so as not to create adverse reactions.