Hall of Fame Hairstyles For Men That Transcended Time

One of the easiest identifiers of success for men is their hairstyle. Historically speaking, a man’s hair usually is a dead giveaway for a lot of things and also denotes things such as class, wealth, and masculinity. In modern days, not much has changed. Except maybe that more men are more experimental with their hairstyles.   Others would like to grow them long enough to have a man bun, but only a selected few gorgeous men could pull off such a look (Harry Styles, Jason Momoa, etc.). So, others use their hair trimming scissors and just chop it off decently, and stick to the traditional.

But other than the little tweaks and creativity added to some modern hairstyles, not much has really changed. The classic look and hairstyle of a Roman Emperor could also look good on a modern guy or someone in your neighborhood. Take some notes on these hairstyles for men that are very well inducted as hall-of-famers now. These styles somehow stood the test of time and could still be worn in the modern day or the next years.

The Shaggy Yet Stylish Hairstyle of Alexander the Great

Being the emperor of the Macedonian Empire was definitely not an easy job. When you have the responsibility of taking over Aegean territories, the least of your worries would definitely be if your hair is stylish enough. From this, it could be said that this is the reason the Emperor went for the tousled shaggy look and not a sophisticated mousse.

This particular hairstyle could easily fit men with curly hair. It is best worn when it is pushed off the face and reveals much more of the wearer’s face and bone structure. It shall also be neatly tucked behind the ears to allow the growth naturally in different directions.

The 90s was the decade of great movies, great music, and legendary actors. But at the same time, it is also an unfortunate decade when it comes to some of the men’s hairstyles. It gave birth to some of the weirdest hair trends with uncombed slicked fringes, frosted tips, and that noodle hairdo on Justin Timberlake’s head that has become a popular meme.

This list will not wish for the comeback of some of those horrendous styles but instead would focus on the current trends for a military haircut. The one that is most popular is worn by Brad Pitt in 2005. The buzz cut hairstyle has also made appearances on many different catwalks as a style that is an alternative to the short sides and back hairstyle. 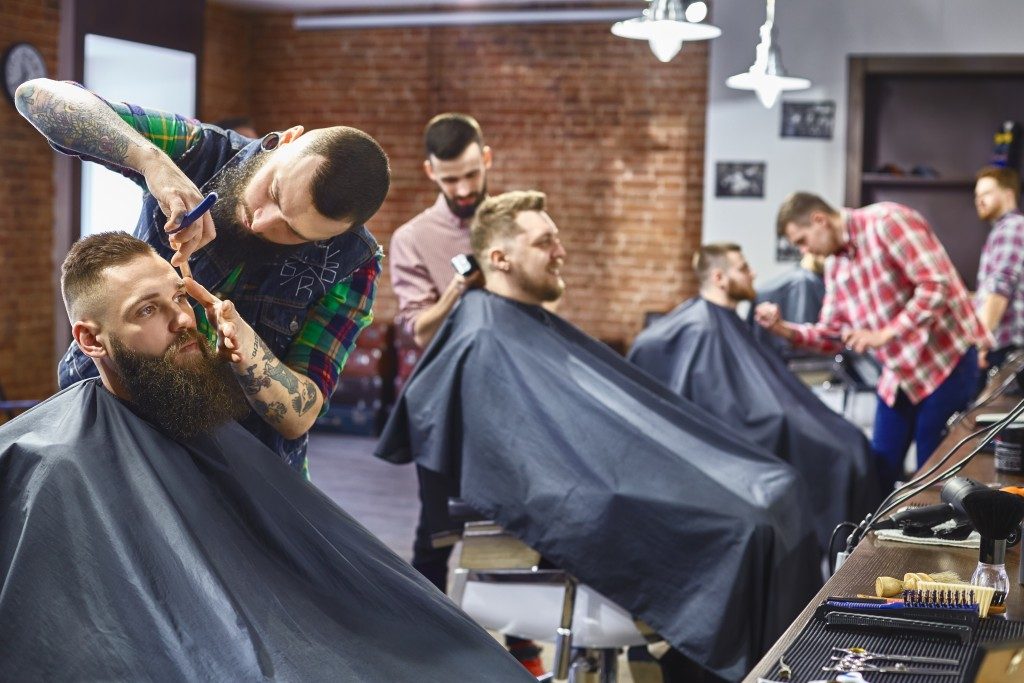 Probably the best, if not then the most popular hairstyle of David Beckham is the falling quiff. This particular type of hairstyle does not scream like the typical footballer since the back and sides are cut for extra texture, and make a less noticeable contrast. Clippers for this particular hairstyle would also not be used. This hairstyle fits perfectly for those with thick hair with a slight natural wave.

Some hair trends are just meant to stand the test of time, and would still look good no matter what the year is. The key is to just find the right one that will complement your look and fashion style.