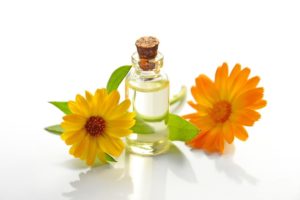 Everyone has their own skincare routines. Personally, I have a fairly easy and manageable routine since my skin rarely has a breakout: mild facial cleaners in the morning and at night; makeup remover (or a suitable alternative if I have to remove makeup without makeup remover); and a bentonite clay mask once or twice a month.

Jojobas are shrubs native to the southwestern area of North America. It’s endemic, meaning it’s plentiful only in a certain area. You can only find jojobas naturally in the deserts, ranges, mountains, and woodland environments in Southern California, Arizona, Utah, and Baja California in Mexico. It’s also known as the goat nut, deer nut, pignut, wild hazel, or coffeeberry.

The plant’s leaves serve as food to herbivores within the habitat, including deer, sheep, musk hogs, and other livestock. Its nuts or seeds are eaten by smaller animals like squirrels, rabbits, and larger birds, though they are unable to digest the wax. The only animal known to successfully digest jojoba wax is the Bailey’s pocket mouse.

It is not safe for humans to consume jojoba nuts as food. Records show that Native American women ate jojoba nuts to help with childbirth. The indigenous Seri group in Mexico, hunters, and raiders in the area have eaten jojoba nuts, but only to keep hunger at bay when it was necessary.

In small amounts, jojoba nuts do not have major effects. It contains a substance called simmondsin, a compound that suppresses hunger and is associated with weight loss in animals. In large quantities, however, it can be toxic to mammals, including humans.

The nut’s wax can be made into jojoba oil, the jojoba plant’s most popular use for humans. Taken orally, it can act like a laxative in humans. It’s more popularly used topically in personal care, cosmetics, and skincare.

Jojoba Oil as a Moisturizer

Jojoba oil can be used as a moisturizer. Jojoba oil’s consistency is nearly identical to a natural oil in your skin called sebum. Healthy skin and hair release sebum from your sebaceous glands. This coats your hair, scalp, and skin from moisture loss. If you feel that your skin is dry or you have too much dandruff, it’s because your body isn’t producing enough sebum.

Jojoba has humectant properties, which means it feels like natural sebum sealing your skin’s moisture from external factors that can cause drying and loss of moisture. It might be an oil, but jojoba is similar to your natural sebum, so you won’t get that greasy and sticky feeling commercial moisturizers have.

While dry skin is not a serious condition on its own, it can lead to dandruff, flaking, cracking. It can also lead to itching pimple breakouts, which can lead to skin infections. So, as much as possible, it’s important to keep your skin moisturized.

Moisturizing can help against this. By sealing your skin’s natural moisture, the mattying effects of makeup won’t be as bad on your skin as it could be. Matte makeup isn’t bad for your skin if you have a layer of moisture protecting you.

How to Use Jojoba Oil

You can buy jojoba oil online, a beauty store, drugstore, or any beauty brand’s store that sells jojoba oil. Pure jojoba oil can range between $8 to $25, depending on the size, brand, purity, and quality. Some brands may have jojoba oil mixed with other essential oils.

Jojoba oil is very gentle that it can be used on its own or used as a carrier oil to dilute other essential oils to add to your skincare routine. Used on its own, it does not need to be diluted with water.

Before using jojoba oil, do a patch test to make sure you’re not allergic. Apply a few drops of oil on your inner forearm, cover with a bandage, and wait for 24 hours. If there is redness or signs of irritation, do not use it. Otherwise, you can continue.

After washing and drying your face, apply a few drops of jojoba oil directly to your face. I usually put three drops, but you can add more or less depending on how well you can spread it. You don’t want to add too much, as it can give you an oily feel like when you add too much. You can also add a drop to your lips if it feels dry or cracked. Use at night before going to bed. In the morning, wash your face with a mild cleanser.

If you’re interested in trying out jojoba oil as a moisturizer alternative, you should. As long as you know you’re not allergic and you’re not using too much, it should protect your skin’s hydration and make your skin feel much better.