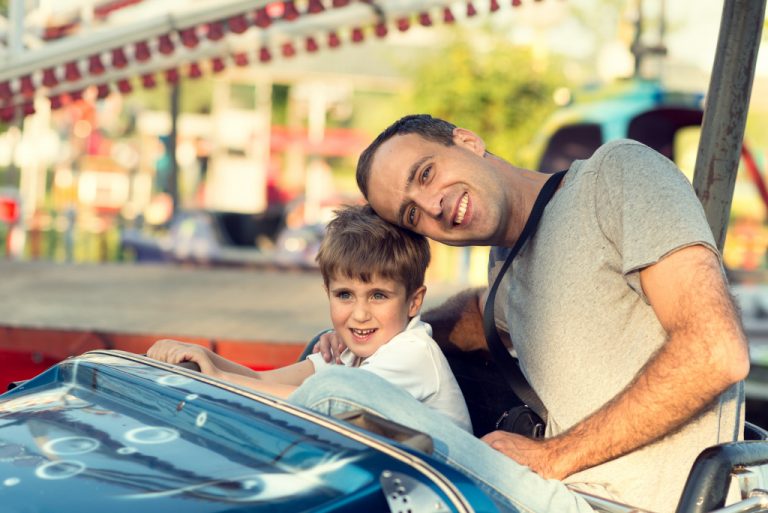 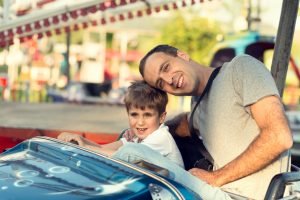 Why Dad’s Presence Is a Beautiful Gift to Sons

There’s Sandra Bullock, who bought an Andy Warhol painting at an auction worth $14,000 as a gift for her son and ex-spouses Mariah Carey and Nick Cannon, who lavished their fraternal twins with $30,000 cribs.

Rapper and mogul Sean Combs didn’t blink an eye when he spent a whopping $360,000 for a silver Maybach for Justin Dior when he celebrated his sixteenth birthday. Popular stylist Rachel Zoe and her husband filled their son Skyler’s closet with designer apparel, including a Gucci bomber jacket worth nearly $1,500!

Now, regular dads don’t need to spend their life savings on a gift. One of the simplest but also the most meaningful presents can be father-and-son matching necklaces or dog tags. They can personalize the look and add inscriptions like inspirational quotes or short inspirational messages to make them even more special.

Most of all, there’s no greater present than for dads to build strong relationships with their sons considering their massive influence in their children’s lives:

Some studies suggest that a man’s ability to deal with stress may be about his relationship with his parents, including his father.

In a research published in Developmental Psychology, a California State University-Fullerton psychology professor, Dr. Melanie Mallers, worked with almost 1,000 men and women who were then asked about their childhood relationship with every parent. The study also inquired about the stressful events they experienced and their responses to them.

The analysis then showed that those who established excellent relationships with their fathers, particularly sons, were able to handle these stressful experiences more effectively than those who didn’t have the same positive relationship.

Mallers explained that it could be because the activities fathers and sons engaged in at early childhood, such as rough and tumble, could already train children to problem-solve and deal with challenges.

2. Father-Son Relationships Could Be Passed Down

Other types of research cited how an alcoholic father could end up having a son prone to alcoholism. This then begs whether this is mainly genetic or certain patterns could be passed across generations.

The answer lies in a 2018 study in Parenting. Here, the team looked into the data of nearly 3,000 families who signed up for the Fragile Families and Child Well-Being Study. Specifically, they assessed the relationship of fathers and their fathers (paternal grandfathers), then their connection with their son when he turned a year old and then at nine years.

The results showed a strong association between the relationship a father will have with his children and their bond with their father. To be more specific, those dads who experienced a positive relationship with their respective fathers seemed to be more involved with their kids during the first year of their lives.

Moreover, kids with a higher father involvement when they’re one year old reported having a better relationship with the parent when they turned 9. In other words, positive relationships between parents, especially between fathers and sons, could be passed across different generations.

Healthy habits often begin at home, which also means that parents can influence their children’s health. For example, data shared by Benioff Children’s Hospital revealed that a child’s risk for obesity could increase by 50 percent if one of the parents is obese. The odds could go up to 80 percent if both mothers and fathers are way beyond their ideal weight.

However, in 2016, the University of Guelph mentioned that much of the burden (or the influence) lies on the father, especially when it comes to predicting a child’s risk of developing obesity. The researchers found a stronger association with male kids.

In the research, about 80 percent of men and women claimed high family function. In other words, the family was able to manage their daily routines and roles effectively. These people were likely to have fewer risks of eating disorders, better-quality sleep, and more frequent physical activity.

This could mean that signs of a highly dysfunctional relationship in the family, like having an absentee father, could impact sons more than daughters.

The role of fathers in their children’s lives is just as essential and valuable as that of the mothers. Dads, therefore, may want to be more open about showing their love beyond providing financial support.