When your friends ask you to come along with them to the slopes of Colorado for a ski trip, you start to feel weary. You’re a summer kind of person, and on the beach, you can get by with just relaxing and waddling around. But what will you do in the snow? You are tempted to say “no” but then you realize, all your friends are going and you’ll be the only one left behind.

Skiing looks easy; just wear your Rossignol ski jacket and let the sticks drag you around. Snowboarding looks challenging, but on the surface, it seems like it’s better to exercise. It’s better to get the opinion of actual experts, rather than speculate. In any case, you’re stuck in a ski resort and you have to do something.

There is a universal tenet that’s been swirling around the ski resorts and the snowy slopes: “It is easier to learn how to ski, but it is very difficult to master. On the contrary, snowboarding is harder to learn, but once you have the basic motions, you can master it.”

There is no one directly credited for that quote but experts will agree that it’s primarily true. Skiing has the basic motions broken down into simple movements. However, there are many levels to learn and the gap between novice and expert is very wide.

For snowboarding, the basic principle of staying on edge, on your heel and toes, and this is already the motion you will apply for all of snowboarding since it is the fundamental principle. 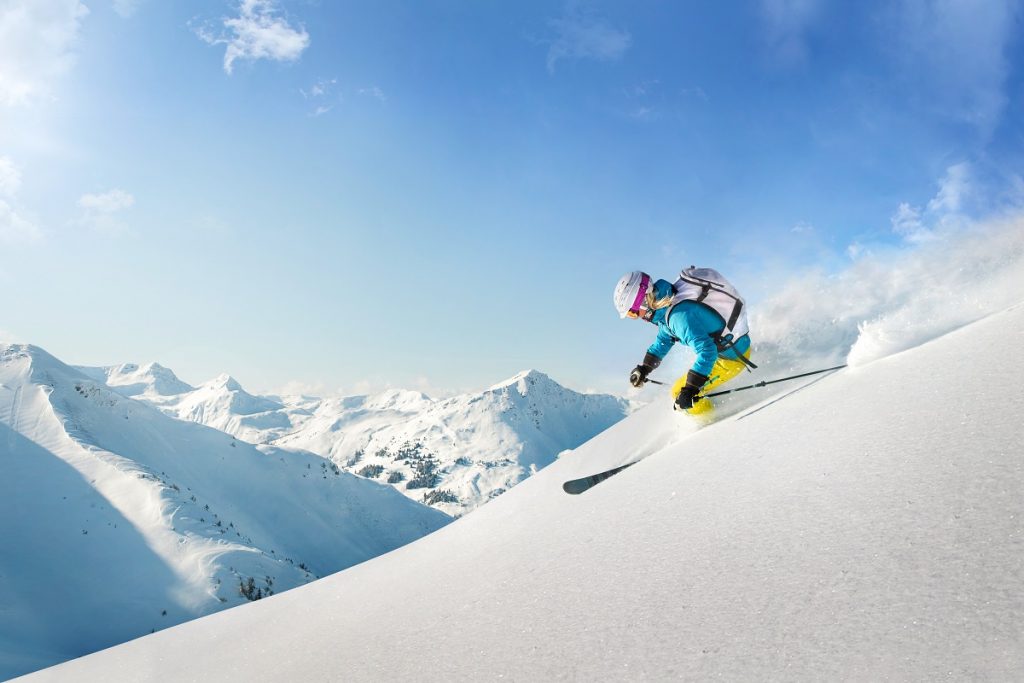 So, you’re stepping out of your ski lodge; you have a snowboard and skis, ready to try a taste of both. What should you expect?

For skiing, you can expect some fun. Beginners like skiing because they can get somewhere quite easily. You can be rushing down the beginner slopes and making some basic turns even on the first day. You can get by without any major bruises, as you stick to the easy slopes and avoid steep turns.

Experts share the sage advice to add some padding when you get on the snowboarding beginners class. Expect as many tumbles and falls as possible. You could get frustrated because even if you follow the basic instructions, you’re still likely to fall over. Just keep picking yourself up because it’s just like riding a bicycle; you will just click and get it right, and that is already the basic principle you need to learn anytime you snowboard.

You will have a great time with the snowboard once you have the basic motion down pat. You will proceed to take the turns and go through the basic slopes. But after you get the turns, it is easier to take on the sharper slopes.

Skiing is highly technical and if you only have limited time, then you will not have an opportunity to move up to the sharper slopes without risking a rough fall. Even those who have been skiing for years would hesitate on steep dives and sharp turns since you need the exact twist and the perfect timing.

If you only have a couple of days, then you might as well spend that time skiing, since going up and down the beginners’ slope can be done in two days. However, if you can return after a month or so, then you can start on snowboarding.